Chandana: Hi, I'm Executive Director of Altitude Lab. Welcome to our CEO fireside chat series. Altitude Lab is a life science incubator focused on developing a new representative generation of founders here in Utah. In our effort to help Utah founders connect with the national network of innovators and technologists.

I'm really honored to have Akash here with us today. Akash Bakshi is CEO and founder of Your Choice Therapeutics. Akash is a serial entrepreneur and champion for LGBTQ biotech. His current venture is a non-hormonal male contraceptive and antiviral platform technology. Akash, welcome!

Akash: Thanks so much for having me, Chandana, #WeMadeItIntoUtah.

Chandana: Ha! Yeah. So why don't you just start with telling us about Your Choice: How did it all start? What does the company look like today?

Akash: Yeah. So Your Choice is Therapeutics. We started by doing what we knew how to do, which was really understanding sperm cells. I'll just chat a little bit about sperm cells. They're the smallest cell of the human body and are responsible for perhaps traveling the longest distance. So maybe from the cervix to the egg is about a 21 inch journey for this one single cell to make on its own. We identified ways to either make sperm cells not be able to drill, not be able to swim - non hormonally.

Our discovery is really exciting to people and really important - especially now.

Chandana: Tell me a little bit about the market you're playing in with male contraception. Particularly, therapeutics for male contraception is fairly controversial and has been for about the last, five to six years. Probably as long as you and I have been talking about it.

I can imagine that trying to educate the public on what hormonal versus non-hormonal can mean is a little bit daunting. How are you, how has Your Choice navigated this and what convinced you and Nadia to take that component of the field on?

Akash: I will say that, there was a moment where Nadia and I had to decide, are we actually starting this company or not. We had to ask each other if we were quitting our safe jobs to do this. Ultimately, we decided we were doing this. And, I remember clearly what taking the leap felt like. There was a period where we were unfunded, but could still get the title of being the CEO of this company that's developing non hormonal contraceptives. The effect of that was when women heard that, they would start sharing their horrible experiences on hormonal contraceptives.

There was one woman I'll never forget.

She said to me, “Akash, I really appreciate the work that you're doing. I had two kids. I asked my husband to get a vasectomy. He said no. So I went back on the pill, and started having suicidal thoughts. And my child was six months old and it took me nine months to figure out that it was because of the hormonal contraceptive that I felt this way”.

I did not know her, but the guilt of hearing that woman’s need for a product that prevented her from feeling suicidal lives in my brain, rent-free. So the idea that women needed non-hormonal contraceptives was clear to me.

I think when we chat about developing non-hormonal, in fact, any contraceptive for men. What I think about is that we're decreasing the hormonal burden on women. If we can ask men to take on the responsibility of contraception, which they're willing to do. Then we can make women's lives better.

There's a more interesting question in there. Like, how am I educating the world about hormonal contraception?

Chandana: I mean, it's a lot for any individual, let alone a small state startup, but it is part of what you're signing up for.

So in response, I turned to the left and asked, “Hey, did you take your prep today?” the man on my left said, yes and I turned to my right and asked the same question and that man said yes too. So among the three of us, there was a hundred percent compliance today with taking the pill for men.

So is what we're saying that straight men should be coddled? If we go down into what he was saying, This is the proposition. We have yet to make up from a public health perspective and have a broader conversation with men where we say: this is the trade-off. You take a pill every day so that you don't have to worry about the condom rates.

The next thing that you'll often hear from people is that, either women won't trust men or are actually on the pill, which is just annoying because men, I often joke, like what do men do two minutes before sex, they just lean in and ask if you're on the pill. At that point, what does that man truly care about? He's just going off of I hope that this is true, let's continue on.

Chandana: I think what's weaving through here is the culturally gendered aspects of responsibility, right?

Akash: That's true. Oh! The last one that I just remembered, why it annoys me. They'll say that men can't experience any side effects, for a hormonal contraceptive. And this I think is also problematic. It's a problematic statement to say, men need a golden bullet, like a silver bullet that exists, but women. They increased the risk of breast and cervical cancer. That's okay. headaches, weight gain, decreased libido, all of these things for women are accepted.

What people are actually saying is: a man in a committed relationship who loves his partner is never going to say, “Hey– you're getting older. We still don't want to have kids. And you may have breast cancer that has not shown itself, so maybe you shouldn't be on estrogen or progesterone. Which could exacerbate your breast cancer or you're not dealing well with your hormonal contraceptive, let me take on the responsibility instead.”

So we really have to ask the question about what’s actually being said under blanket statements. How do you remind people that the world is actually not their own bias? .

Chandana: That's a perfect segue into what I'd like to discuss next. How does all of that sentiment that you encapsulated impact: regulation, reimbursement and partnerships– as well as other components that it takes to get a biotech. through a path to the market.

Akash: Okay. I will say, I think we're in a unique space. Like I think that there's no question that we're in a biotech downturn right now, but I think what's unique is that we got a bit of press in March and got three kinds of responses that said that we're going into the clinic by the end of the year. In response- there were people saying:

“I just want to buy this now”.

“How do I get on the clinical trial?”

“How do I buy stock in this company?”

Their responses show us that the public understands what we're up to. I don't think that this happens for CRISPR therapeutics. No shade, but people are not generally saying I really want a CRISPR baby. Like not today. People are not saying that.

But people are saying things like, I want to buy stock in a company that's developing a non-hormonal contraceptive for men. They see the vision. Truthfully, contraception is a space in which there's been almost no innovation. Major innovations to date have been: let's stick copper into women's uteruses, let's stick hormones into women's uteruses or arms, let's inject them with hormones; the focus is on how companies deliver contraceptives, but that’s not innovation.

Contraceptives have not been developed further. What you can see with companies like HIMS, hers, and the Rose pill club is that they are just D to C contraceptives. So a unique opportunity comes from that.

The fact that there has been no innovation and the agency has essentially said, we're good with tele-health for contraception. In the contraceptives field, you can actually go D to C. And that optionality allows me to consider if I want to partner and if I have to be a partner.

Chandana: So you think that the opportunity is recognized across these bodies and regulation has allowed for more penetration of birth control?

Akash: I think that it's allowed for more opportunity for Your Choice. So the previous statements have said like the man on stage: “No, man will take a pill”. While that may be, in a way, a lay perspective, it is not an insider perspective in the industry.

I think it's a generational experience. Men who were coming of age in the fifties and sixties, are more likely to associate the pill with feminism and make it a woman's responsibility.

But with the rise of paternity tests, shows like Maury declaring the biological father and music like Kanye’s song saying: “18 years, 18 years, and on the 18th birthday...” We see that more men want to prevent unplanned pregnancy, just as much.

Yes, unplanned pregnancy is a life's worth of work for women and also yes, it's a life's worth of work for men as well. Which begs the question: are condoms the best contraceptive option available? Is this a good contraceptive for us to chat about? Charles Goodyear who made the rubberized condom when he was like, “What else can I do with vulcanized rubber?” –  This technology that we're using everyday is brought to society by the guy who made the car tire – he is bringing you this condom. And then we wonder why there is such vast dissatisfaction with this technology. Men hate it, women hate it. It also has an 18% failure rate it's responsible for over 30% of abortions in the United States are condoms that broke.

So: Is this the best? So much so that we should not consider developing other options? So I think we have to understand where we are, what a possible reversal of Roe V. Wade would mean.

How do we help women so that they're not put in a position where they have to consider getting an abortion?

Chandana: I think we always wonder, sitting in our seats as innovators, trying to build new biotechs, how much of the generational gap is there in the industry because we do have to partner. The [people we have to work with on the] path to market are not [like-minded people] necessarily. So there's enough diversity, generational differences, all of that, that we contend with. So it's encouraging to hear your experience, actually, if that's the case.

Akash: Yeah. We have to be resilient. If we just accepted 'no' every time we heard it, then. Sure. We're done. But it's like when you know that they're wrong and you can prove that they're wrong, then you're just like, “Okay,” and you continue.

*Listen to the full interview this fall when our podcast is released. Pre-subcribe now to be the first to hear.

Reputation is at the heart of these particular professions, and good investors are careful not to...

How to Apply and Succeed at Altitude

We partner with Wilson Sonsini to give exclusive office hour access each month to those who might have legal questions regarding their company. Take advantage of the 1:1 access and insight from this renowned law firm.

Stay connected to everything happening at Altitude Lab.
You can trust us with your email. We don't spam.

Thank you! Your submission has been received!
Oops! Something went wrong while submitting the form.
Apply for Residency 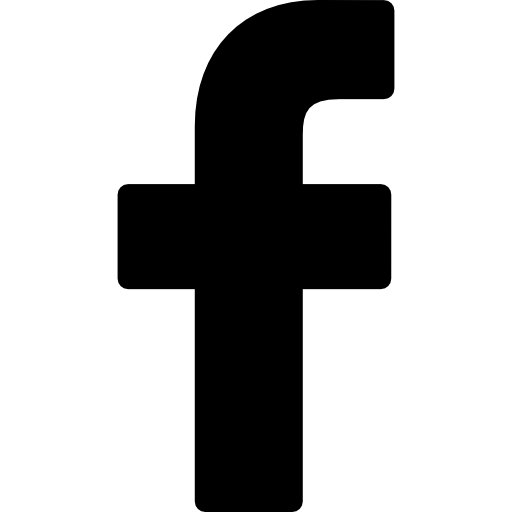 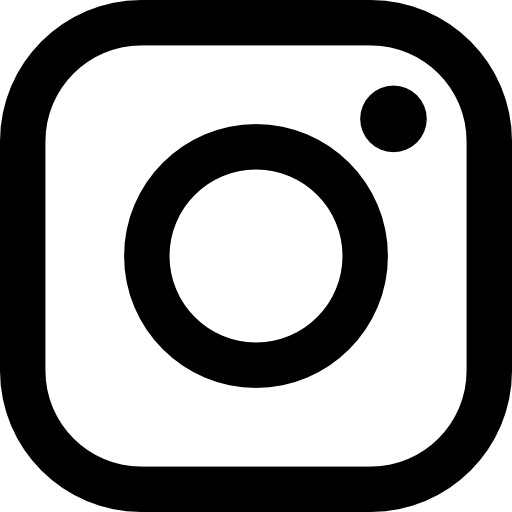